Proposed building at Connaught and Eastern

The United Employees(’) Credit Union (UECU) is the posties’ credit union, conveniently located right across the street from the postal plant at the corner of Connaught and Eastern. That’s also the southeast corner of the sprawling TTC streetcar yard (the Russell yard). The Soviet-style housing block of 970 Eastern – the one with bars over every window and an entrance below ground – is a few doors down the street.

Connaught and Eastern, then, is rather the opposite of a pastoral and pristine housing environment. But that will be changing. 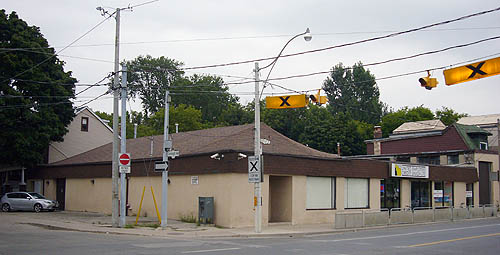 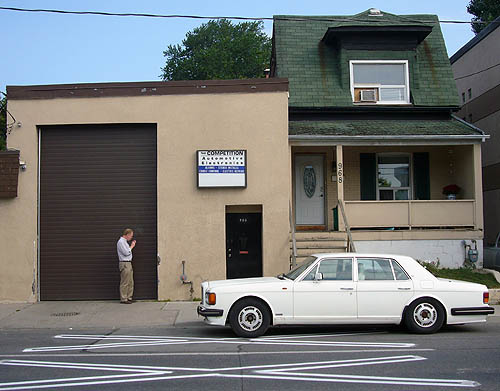 The same image, but on a later day during which a Rolls-Royce is present. (The pipe-smoking man is the apparent owner of the Rolls and would later pound on the front door of the ‘body shop’) 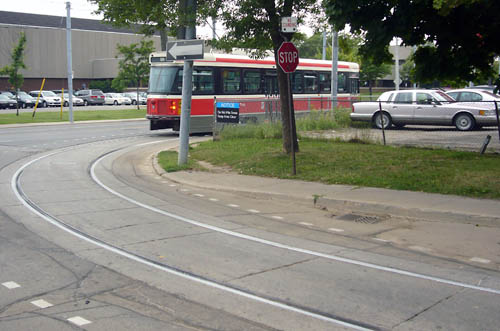 Toronto and East York Community Council has approved (PDF) a proposal to tear down the eyesore that is the current UECU building and replace it with a new structure containing two floors of UECU and other offices and three storeys of social housing. There would be 14 one-bedroom and 13 two-bedroom apartments.

The proposed building is nothing special.  Robert Reimers Architect Ltd., experienced in “special-neeeds housing,” has specified deathly dull, overdone, and clichéd buff brick. (The drawings show the top three storeys as being darker than the bottom two, but “beige” is the colour of all floors. We’re assuming they don’t really mean green stone and red brick as shown in the renderings.) This would be a good opportunity for the architects  to push their banker client’s envelope a bit and embrace some colour – perhaps not the gaudy primary colours typically associated with Toronto social housing, itself another cliché, but something at least studied.

The plans also implicitly call for buying and tearing down an auto-body shop and a house, all located on the property. I wonder what the residents of that house think.

Nonetheless, the architects have resisted the temptation to churn out yet another faux-Victorian tæunhæume of the sort anticipated at the top of Connaught Ave. And at least 27 people, probably more like 40, will have new homes.

You can read the background report (PDF), which explains the many variances required just to get this thing built. For convenience, we can provide some of the architectural drawings (also on Flickr).

In person, we asked for an interview to discuss the plans for this development, but we’ve been ignored ever since then and probably won’t get one. We’ll be following the development closely. In fact, in all likelihood your sole source of independent information on the UECU building will be this Web site. 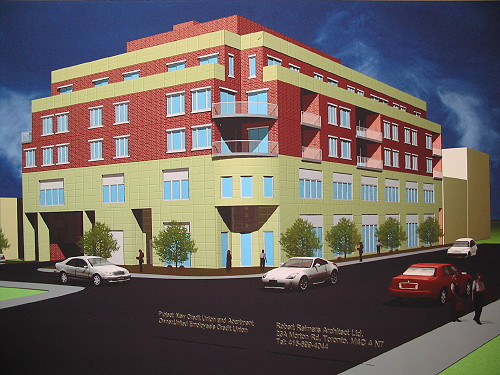 Connaught & Eastern. Yes, they seem to be hot for red and green 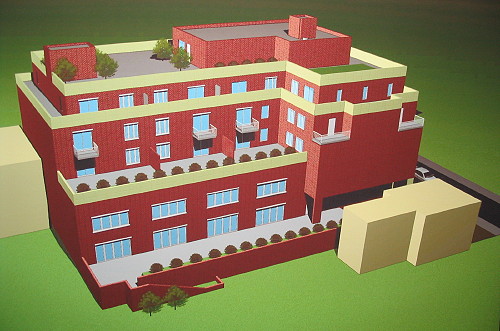 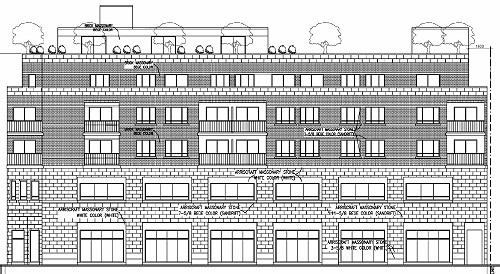 South side (the front, in effect) 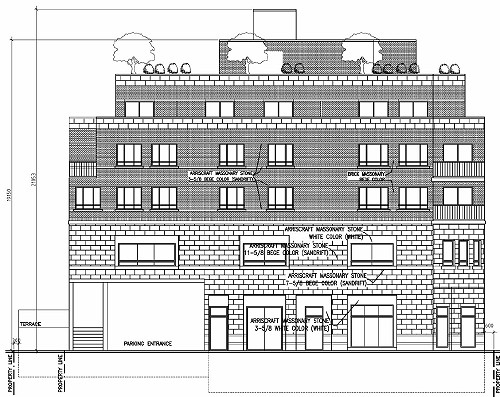 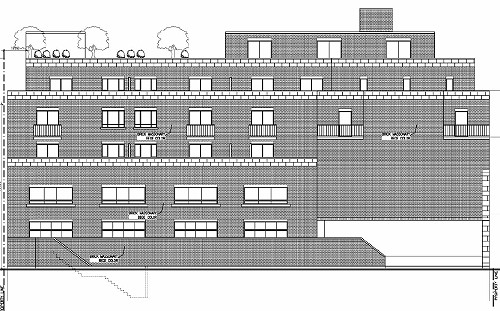 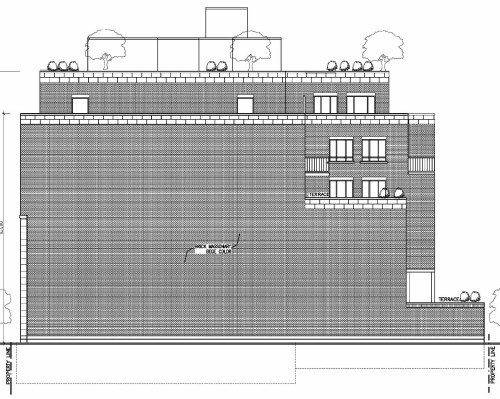 Reasons not to live here